When solving a problem, it is necessary to determine where and when the corrective action should manifest itself. Most often, it is the conflict area but it happens that the action should occur at the place of addressing the cause of the conflict.  The place of the useful system at which we will carry out transformations according to the problem statement is called the operational area.

The operational area has at least two components. One of them performs the action, it is the tool. The second one is transformed, it is the object being processed.
In various problems stated in relation to the same conflict, operational areas can differ.

We examine the issue of the mechanical pencil. In this case, the following components are present: a pencil body, a hand, a mechanism of feeding and holding a pencil lead, the pencil lead, paper.

The conflict is that the pencil lead leaves a trace on paper which is not legible enough.

The reasons for this can be as follows:

Addressing each cause is a separate problem.

If the problem is related to conveniently holding a pencil in the hand, then the hand and the pencil body are included in the operational area.

If the problem statement requires improving the pencil-lead fixing in the pencil body, then the pencil lead and its holding mechanism can be included in the operational area.

The conflict, the harmful interaction occurring in the system, evolves in space and in time. The corrective action we perform in the operational area to resolve the conflict occurs the same way as well.

The operation time is characterised by the action start time and duration and can be divided into two parts:

Example: Operation time to use the smartphone-screen film

By solving the problem of protecting the smartphone screen against damage, it is possible to arrive at the idea of covering the screen with a protective plastic film. In this case, the operation time begins long before the conflict (impact on the screen), the protective action lasts permanently, provides protection for the life of the film. And the corrective action (protection of the screen against destruction) manifests immediately at the moment of the impact.

Example: Operation time of using the inertia brake of the parachute

The parachute for paradropping heavy cargo has an excessive ground-contact speed. For the cargo to land smoothly, the inertia brake motor which actuates prior to touching the ground for a short time and slows the descent speed significantly is mounted on the parachute. In this case, the corrective action manifests before the conflict time. 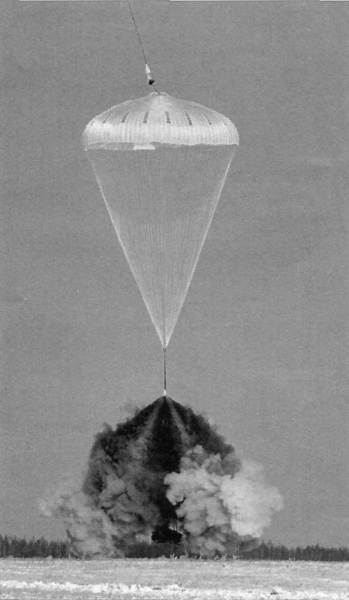 Work with the TRIZ Trainer

At the input of this step, we do not have a clear understanding of where we will make our efforts according to the problem model. At the output, we should realise where we will change the system to get the result desired.

Operational area: In this case, the operational area coincides with the conflict area, namely, it is the place where pizza comes into contact with the bottom of the box.